You are a Strong Independent Woman

Celebrate the power of women! Since ages woman is the only gender who was considered a weaker sex, a subordinate to her male partner. It was a norm in every culture, society, religion and country. But now in this globalisation era where many revolutions have been taking place, many stereotypes are broken, many weaker sexes have finally emerged from their limited cocoon, wherein they always had this shelf life. Many females have stepped out from their home and are successfully competing with their “so called stronger sex” male colleagues or friends or business partners or life partners.

And slowly and gradually this terminology “weaker sex” has disappeared finally which is again a big kudos to all the women. We are being celebrating women’s day since years to celebrate and honour the spirit of a strong independent woman. 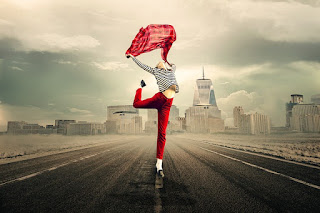 “Strong Independent Women”. What do we mean by this exactly?
In general or literal sense when a female who is successful in her career, who have the privilege to voice her opinions, who can independently live her life on her own terms without any fear of societal pressure is believed to be a strong independent woman. Isn’t it right?

LOVE IS YOU: I dreamt to be with you always!

Absolutely right to most of the people! But in my opinion, I don’t think that we should limit this strong independent terminology to some graph of professionally driven successful women. Rather we should expand our mental data by focussing our attention on women as a whole.

Every female born in this planet deserves a strong independent woman title. Because since birth to adulthood, a female goes through many phases, be it her first periods wherein she learns how to handle 5 days of a month with loads and loads of confusion, unknown fears. And then comes adulthood where many stereotypes are being set. You will be given special education that you have to behave properly, be in your limits, your skirt length should be till knees! come back home by 6 pm. This was your last deadline to work. Now you are mature enough to marry and start a family. After marrying you have to respect your in-laws, your husband, your extended in-laws family and your family too, in order to display your morals and how you have been raised by your parents especially mother. And one more thing you should know how to cook else people would say that your mother was not efficient enough to teach you cooking. I think this would be the last sarcasm or emotional torture because any girl would never tolerate any negative remarks for her mother. So she has to do as she is not left with any other option.

Every woman is strong in her own life struggles as we exactly don’t know what all she has gone through and how desperately she always wanted to have a free and independent life but due to uncertain circumstances she could not achieve her goal or may be due to some other personal reasons. In every way and every aspect, woman was, is and will always and always be strong.

Are you a victim to why only me syndrome?

BEING SINGLE is a Sign of strong people. Get to know how?

Are females really the weakest sex?