In our "so-called" society, especially in small towns of some states, some couples have the habit of quarrelling outside their house. It's quite prevalent everywhere, and for their kids too specially lower class. Childhood is the tender age, wherein a child has to be brought up by good moral values but due to some unusual circumstances, they get to face harsh realties of the world, which start from their own family. How does it feel for a 5-year old baby to watch their parents fighting in front of their eyes? What impact and lessons their parents are giving to their children? How does a child will grow in such a demeaning family atmosphere?

Obviously when a 5 or 6-year old child observes his or her parents' feuds, he or she will get badly affected by it, which overall affect his psyche. When he will turn into an adult, some early bad memories would affect his life sooner or later! And it can leave a horrible impression on his personality, which in turn leads him to involve in quarrel with his life partner.

This vicious circle goes on and on!

Middle class is the typical class who always try to sort their matters at home as middle class people are imbibed with highly moral values since birth, who are aware of the societal rule and its obligations and who have been instigated importance of morality, so whatever the condition they are in, they will hide it from everyone, especially their relatives & neighbors' - who are very important part of society and without whom, middle class section or you may call it as like-minded mentalities with general upbringing who are well aware of the fact that they will settle their life on time and get married and have kids and lead a normal so-called happy fulfilling life with all the materialistic securities. They will try to hide it from world and always pretend themselves to be satisfied and happy in limited means.

Homemade facial toners for every skin type
Society - inclusive of neighbours and relatives are actually good and supportive people, who in the time of need helps each other. But sometimes they take advantage of their relationship by involving themselves too much in other's personal affairs. Some bunch of hypocrites tries to lead our lives; afterall it should depend on us, how much space we are giving to someone. We should restrict others from invading our own sweet personal space.Seriously this wrong system and institution should be eradicated completely. Where people have to surrender themselves, their wishes, their dreams, their fantasies everything; just to make the society happy, for the sake of someone else's happiness.

Are we as human beings good enough to take care of our coming generation?

Are we ready to think and act logically with all the pros and cons?

Are we mature enough to act sensibly and not interfere unnecessarily in other's life?

Are we perfect to take this world to another level?

Are we mentally strong to face all the opposition from society and pave our own way?

Are we allowing others to invade our personal space?

How to clean your face without chemical products?

Wrong societal system and institution have destroyed our lives - personal and professional both. It should completely depend on us to not give away our space to someone else. Parents should behave logically and maturely in front of their kids, for their healthy growth.

Morality and social obligations should be limited; it is too much extended in our society. Young generation is now giving a damn to "some" portions of morality. We are part of society, so in return we need to adhere to certain rules of morality but not all which are impractical in today's world.

We, ourselves are responsible to lead our life ahead; problem arises when we easily allow some one else to take control of our life! 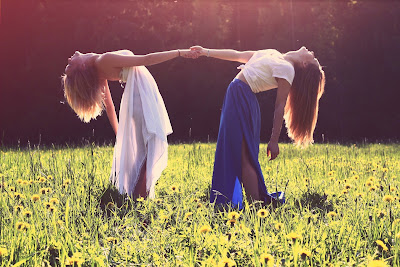 Are females really the weakest sex?